November 11, 2007
As usual I took photos of the remembrance parade from the VIP stand. Although there are other people who take photos I don't think anyone else posts them on the web.

I also take the view that it would be good to have photographs of record that involve all the participants including the crowd. However, I have to take mine from a stationary position which is not ideal as you can see from the struts that appear in the photos. 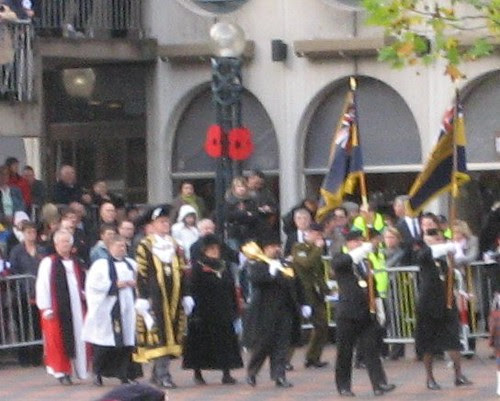 The Lord Mayor comes out of the Rep. 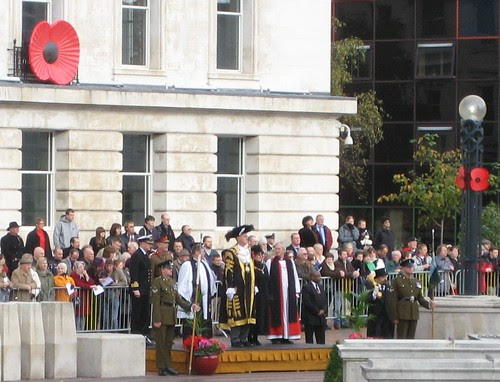