May 02, 2017
I did an analysis of the Labour leaflets in 2015 which can be seen here. It is clear that there are going to be questions about Labour's leaflets in the 2017 campaign.

For example we have this in the 2017 Labour Leafet: 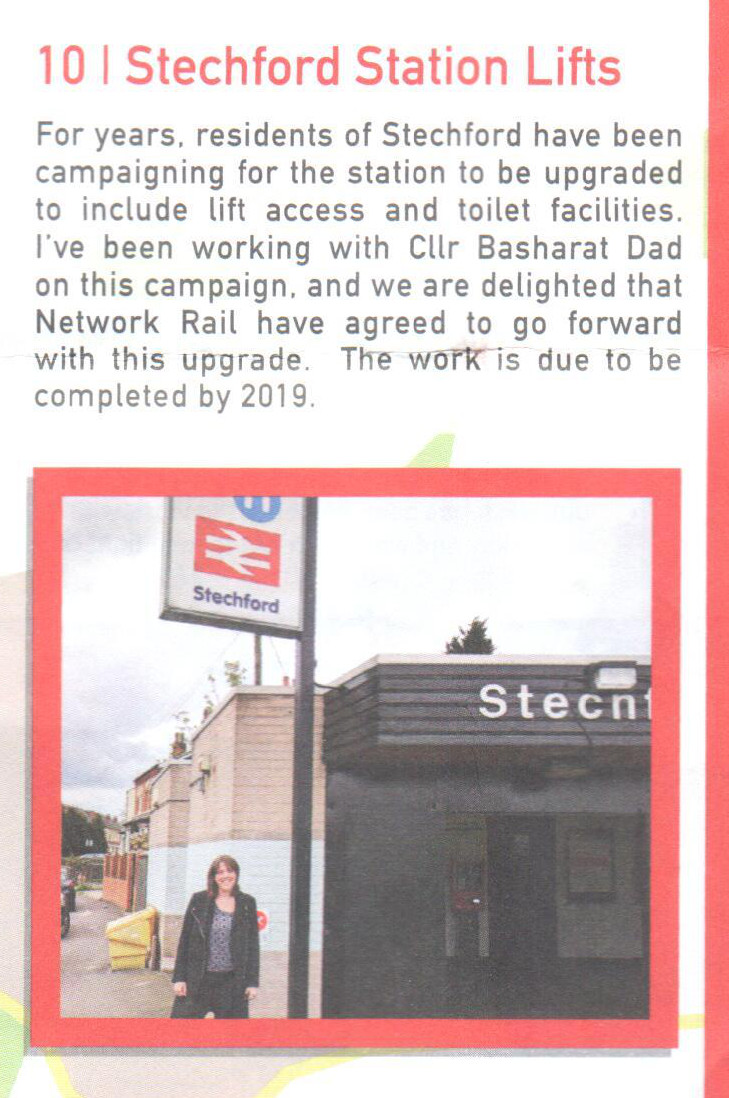 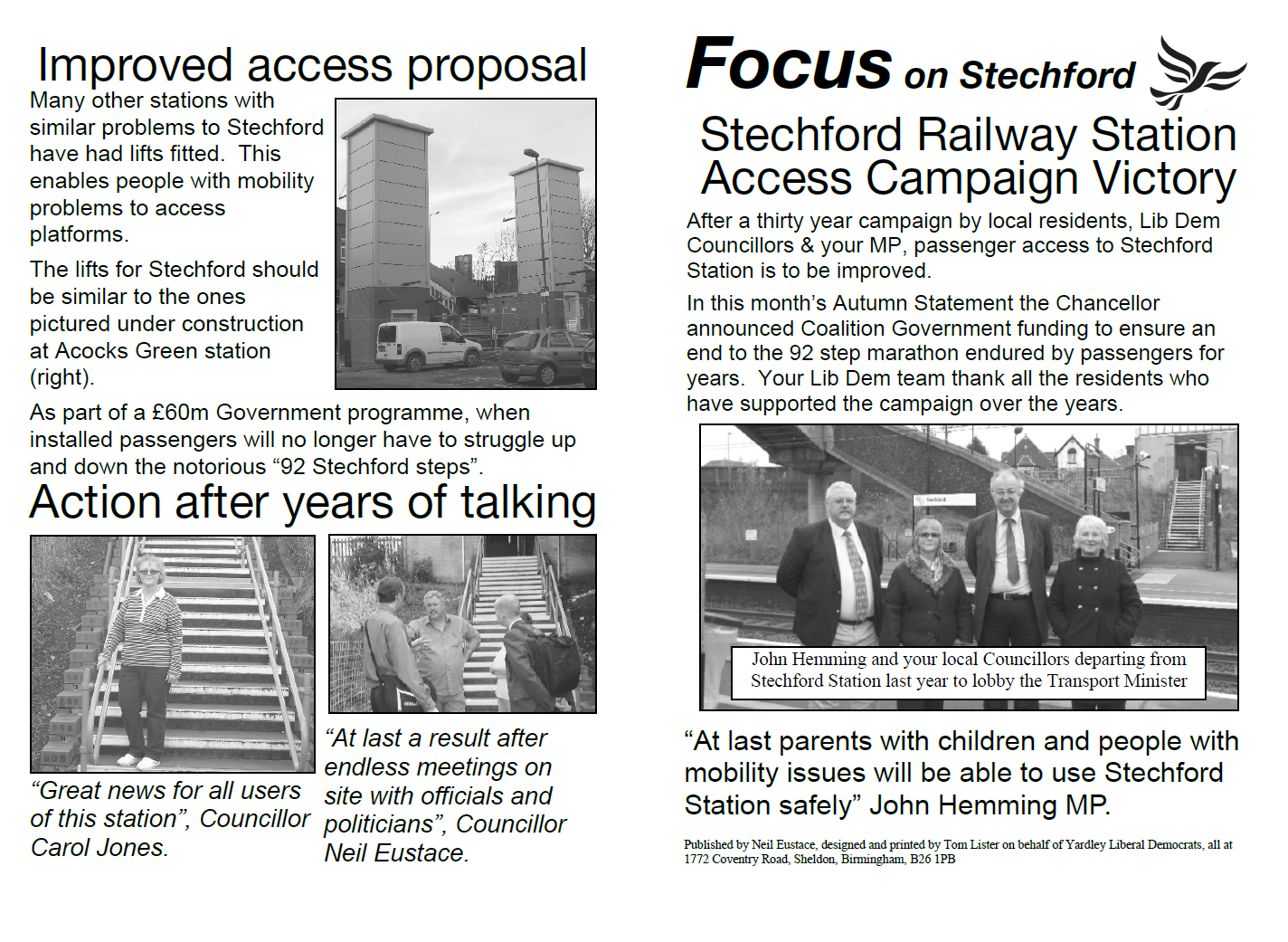 Another Labour Leaflet There are a number of things that can be argued about in a later Labour leaflet as to whether taxes on wealthy people were increased (which is true overall according to HM Treasury) or reduced in the last parliament (which Labour falsely claim) or whether the graduate finance system is fairer (because the subsidy goes to the poorer graduates) or not. However, there are other things which really are stretching the truth: 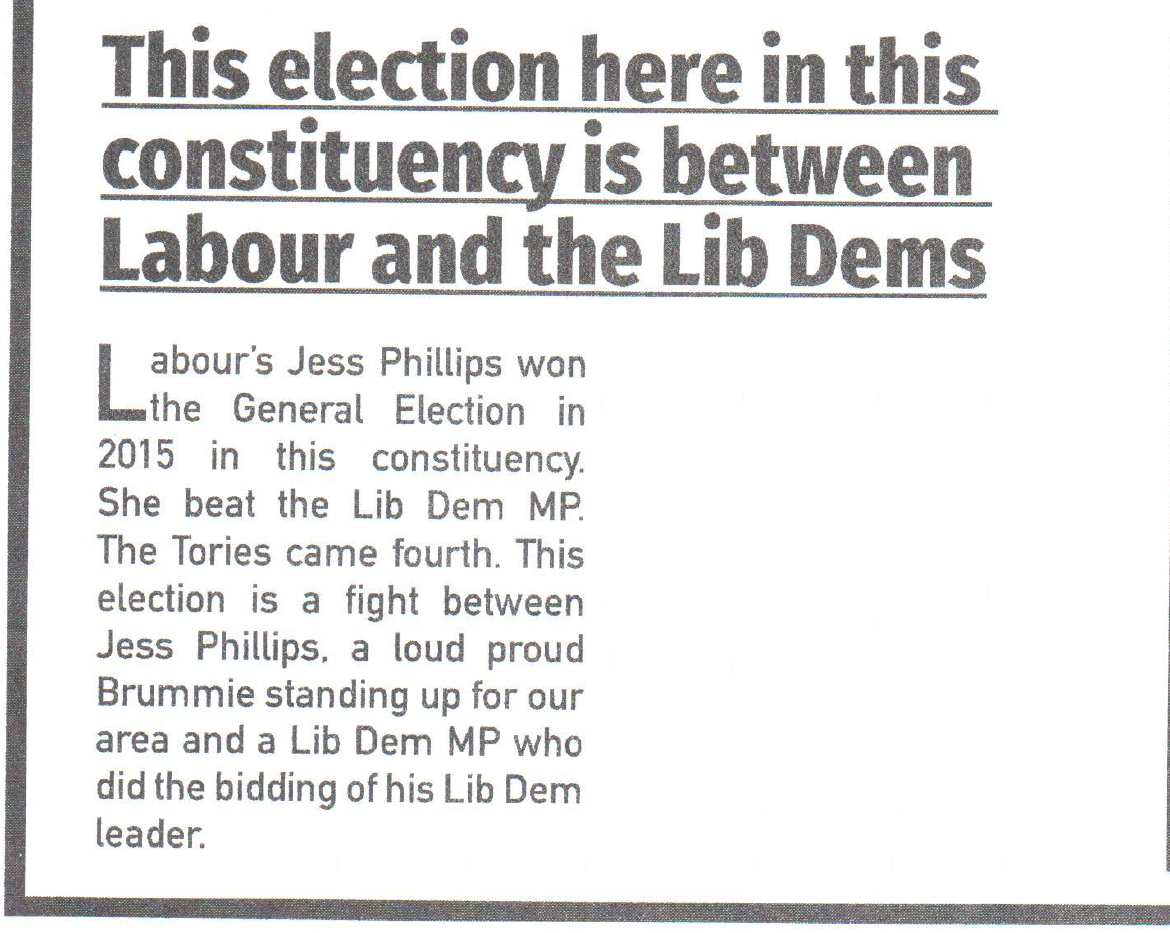 At least the Lib Dem and Labour Campaigns can agree that the Yardley election is between Lib Dem and Labour. That, unusually, is a point of agreement. However, as John Hemming voted against his party 39 times in the last parliament and the Labour candidate only voted against Jeremy Corbyn's Labour Party once, it is questionable to say that John Hemming "did the bidding" of his leader.

Raises a number of questions:
A first one is whether actually being rude and abusive to people gets results. John Hemming's view is that it is best to be polite. If you start conversations by using a megaphone it tends to be counter productive.
The next one is the question as to which candidate is more "independently minded" John Hemming who voted against his party 39 times (in the last parliament) or Jeremy Corbyn's Labour candidate who only voted against Jeremy Corbyn's Labour Party once.
The third really big one, however, is "put their constituents first".
This is where the Labour campaign needs reporting under the Trades Descriptions Act. The Labour candidate has recently been doing book promotion. She won't tell people where the promotional events all are having claimed that there were only three. We have found more. She had one event (a ticketed event) planned in Bristol on a Friday during the day. That is not putting constituents first, but putting book promotion first. For more information about Jeremy Corbyn's candidates media and book career see our website here.
Alternatively the Labour Candidate is calling for people to vote for John Hemming because he really did and really will "put constituents first". We don't think that is the intended interpretation.

Unknown said…
I trust you will point out the facts leading up to this Labour 'alt information'. It brings to mind a local tory councillor who said HE had achieved getting 20mph legislation in his ward when it had been agreed nationally.
5:25 pm