Gilt Yields over the century 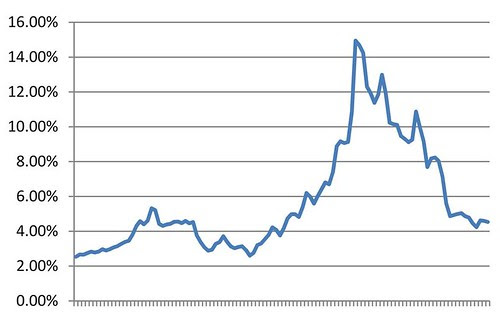 The figures here are annual averages, but they show clearly how it is possible to have problems with the interest rate on government debt.

The peaks were indeed during the Labour Government of 1974-9.

Labour, although they were in theory talking about cuts of just over 40bn do now seem to be arguing against all the cuts.

Incidentally given that "there is no money left" the funds for Royal Mail do have to be raised on the equity markets. Labour have left no choice on this. Labour were aiming to do a similar thing.

There are a number of key priorities
1. Protecting the Post Office Network
2. Maintaining the Universal Service Obligation.

These are our objectives.