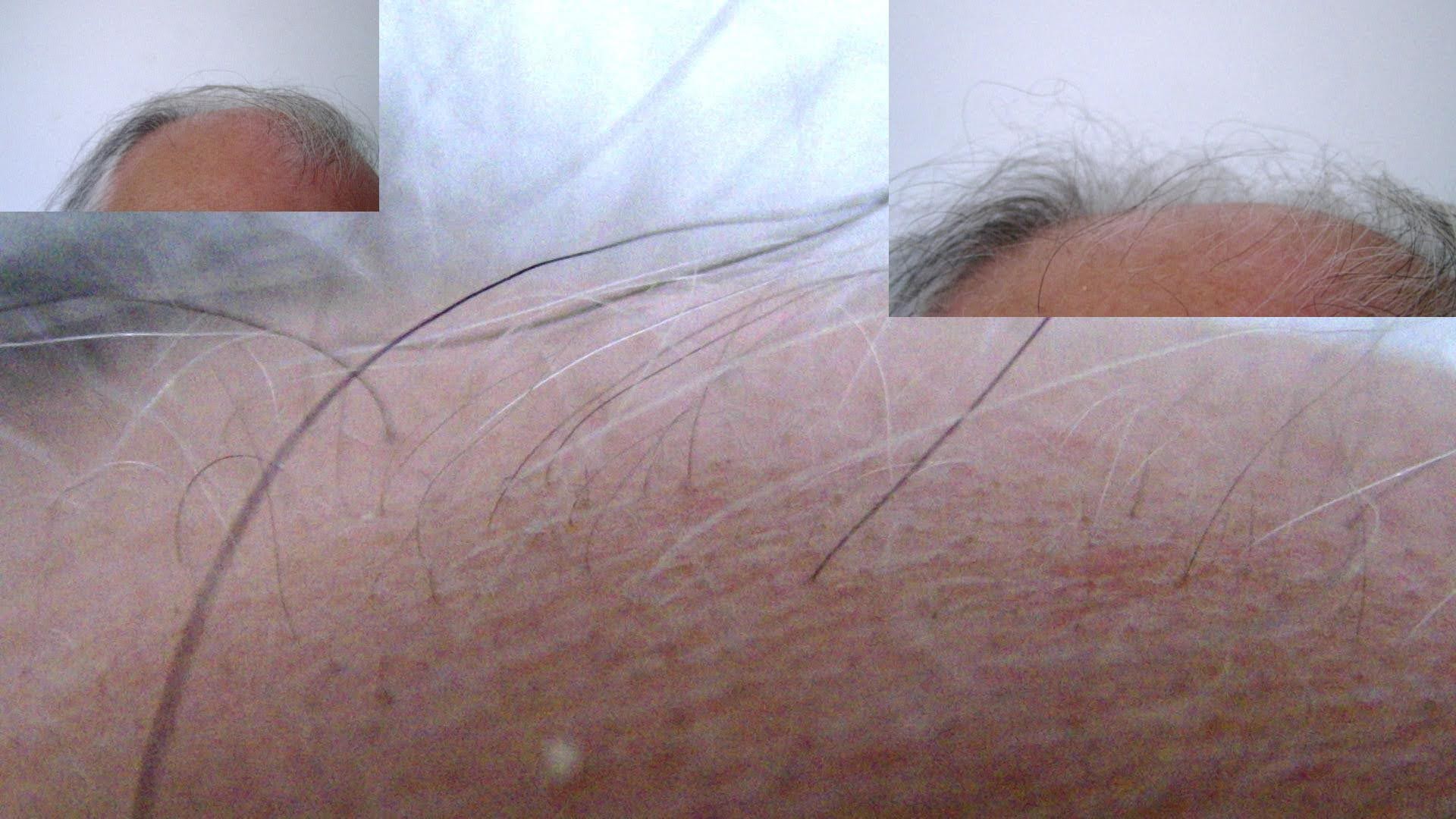 What you have is three images at different levels of magnification of some hair cells. These are hair cells which have not produced hair for some time. I have been doing some experimentation.

As a result of my experimentation I have found a protocol which I believe makes cells which were senescent start to function.

I think there are some side effects with this protocol. Hence if anyone wishes to try it I am happy to give details in confidence. However, they have to have the support of a healthcare professional as well as be willing to do blood tests at a reasonable frequency.

In this photo you will see cells which were on a bald patch starting to produce hair. The hair is finer than other hairs although some are white and some are pigmented. This also works for other cell types which start functioning properly.

Further Explanation 2/7/2022
A question was asked as a comment and I have modified the post to try an explain a bit more.

If people want more information I would ask that they sign an agreement which is a combination of non-disclosure agreement and a disclaimer. Although there are 7 people trying various parts of the protocol I cannot say that I know everything about it at this stage. I am learning things as I go along. The protocol involves using molecules that are available over the counter in many, but not all, countries. However, they are used in a particular way.

People who sign the NDA/Disclosure are then able to discuss the protocol with me. They then make their own decisions as to what to do. It does, however, require some personal attention. I am not asking for any payment although I am asking people to discuss the effects with me.

This is a protocol for serious scientifically orientated biohackers who are willing to track outcomes and keep relatively detailed records. The NDA is a two way NDA which also protects any ideas participants have. That enables discussing the interactions between different approaches.

As far as how well it is working. That will vary from individual to individual and people in the end can only make their decisions based upon their personal experiences. I personally have been using variations on this for coming up to two years although I started the more intense phase only about 2 months ago. It is only the more intense version that has caused hair follicles to wake up. Hair grows at about 10mm a month. Hair has not been cut for some time. Hence the short hairs are new growth.

I have applied for a patent for the protocol. That does protect some of the ideas even if they appear in the public domain. However, my patent agent has agreed with me a relatively anodyne and uninformative description to go into the public domain and has suggested that even the side effects should remain subject to the NDA.
Costs 7/7/2022
Because the protocol is new and experimental I want participants to do an initial baseline blood test. The protocol has a number of phases. The first couple of phases are not that challenging to cellular metabolism hence although a monitoring test is recommended it is not essential. However, depending upon the baseline test I may recommend monitoring tests either every 4, 2 or 1 week. This, therefore, can be more expensive and for the later phases of the protocol at this stage I would suggest some effective monitoring. At this phase no payment is requested for participation in the protocol. Any healthcare advisor costs (if not part of a normal healthcare arrangement can also vary).

Unknown said…
Hi John, that looks interesting. How can I reach out to you.

John Hemming said…
My email address is john@hemming.email, but I also see comments here and on twitter.
12:26 pm

Rastilin said…
There's a lot missing from this post.

How much hair did you have before starting the protocol? Are there pictures?

What are the side effects?

I'm curious what you're taking because I'm wondering how it compares to other senolytic studies, it's unhelpful to make a claim and then not give any details. Can you provide any other additional information without asking people to commit to actually going on the protocol and getting blood tests?

John Hemming said…
Hair grows at about 10mm a month. The new hairs are short.

I will modify the post with a view to explaining the answers to your questions.

Gompertz, Interleukin-10 and the gradual deterioration of health