The running of the parliamentary office

April 26, 2017
It is important that people are paid fairly for the work that they do.  It is, of course, possible to compare the appointments to the Labour Candidate's Office and my parliamentary office.

Extract from another blog: 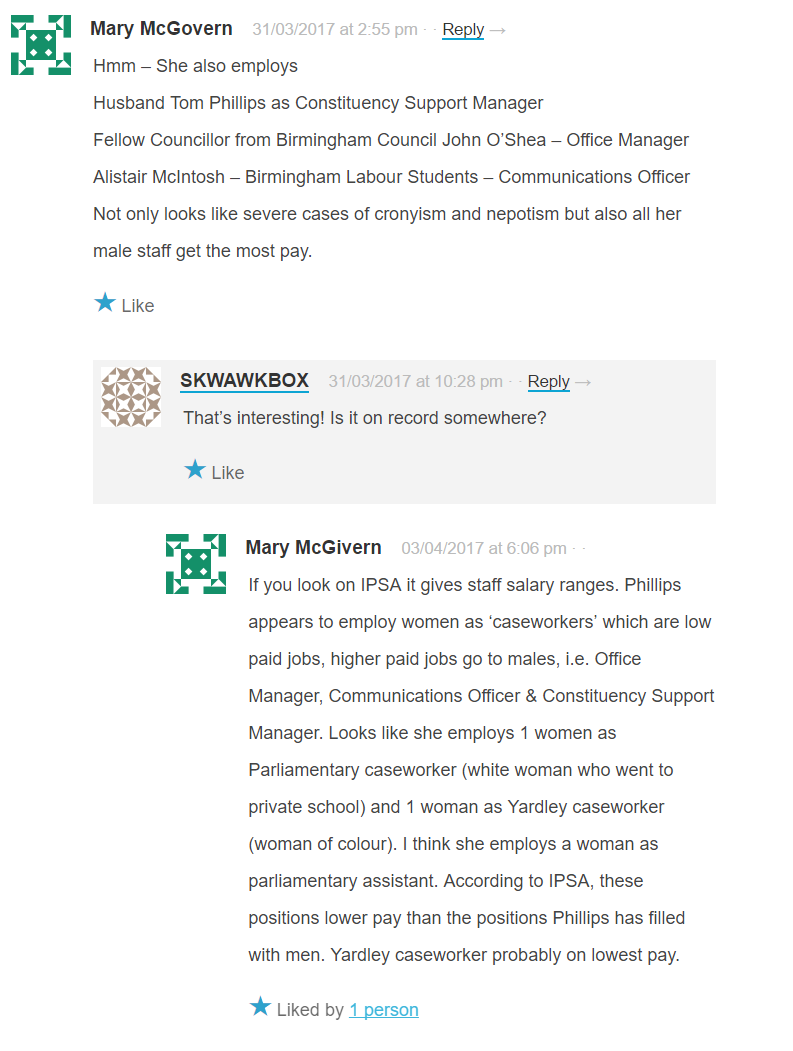 By comparison my office manager was a woman that I did not know before she was appointed to her initial role working for me - she applied directly from university and was not actually a member of the party when she applied.  She was the highest paid member of parliamentary staff.

My view is that people should be treated equally regardless of their gender.  However, when it comes to walking the walk on equal pay Ms Phillips seems to have appointed men to the senior high paid roles and women to the junior low paid roles. 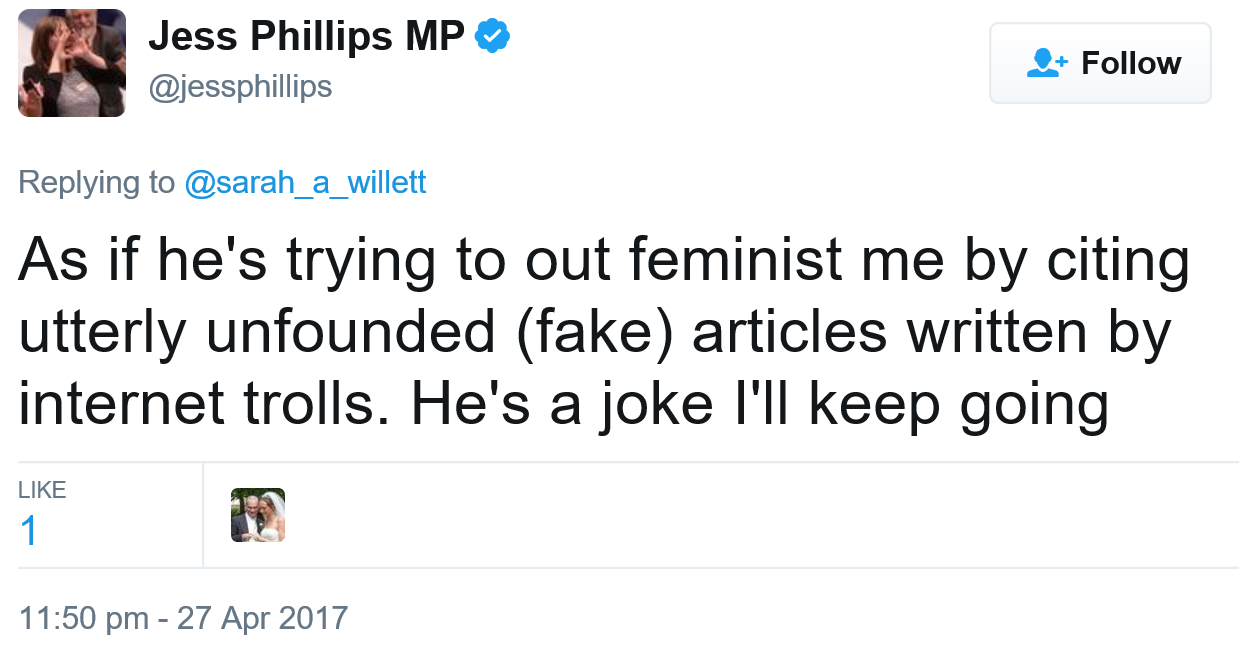 Sadly this is a sort of Donald Trump style response "fake news". What is Fake? Is John O Shea really not working for her office. Is her husband really not working in the office. Who is the communications officer? What is the balance of pay between men and women in her constituency office. It is no good saying "utterly unfounded".

The questions asked in this blog were asked at the end of March 2017. She has had four weeks to answer them. Has an answer come? No.

So when it comes to equal pay in the parliamentary office ... who has the better track record?

There also remains a bit of confusion as to what her husband is actually doing as she has claimed on many occasions that he is a full time carer for their children.  She said this in a parliamentary committee meeting so it asks the question as to whether that was misleading parliament or not.

In The Guardian in November 2015 she said: Tom, a lift engineer, recently gave up his job to be the boys’ primary carer and works part-time in Phillips’ office. So this says he is in a "part time" job that pays 20,000-25,000 for part time (not pro rata).
If the Labour candidate believes anything in this post is wrong she merely has to explain how her appointments do in fact provide a fair treatment for women.


The following complaint was sent to me by a Labour supporter (who has asked to be anonymous):

The Committee for Standards in Public Life (CSPL) made clear in their report of 2009 10 - following the MPs expenses scandal - that the employment of family members by MPs “would always carry with it a suspicion of abuse” - as it does here. In addition, the scheme does not allow for claims that confer an undue advantage on a political organisation.

Ms Phillips repeated the statement that her husband is the “full-time carer” 1 of their children in Dec 2015 (on the record)1, as part of oral evidence given to a Public Bill Committee Stage debate in Parliament:

“My husband is, and has been almost exclusively since my children were aged three, the
full-time carer of my children”. 1

“I currently have no childcare before school for my children, which has fundamentally changed my family’s working habits. It has meant a reduction in the income of my husband, who is the full-time carer of my children”. 1

As Ms Phillips describes her husband as the “full-time” carer of their children more than once, we can assume that this was not simply a slip of the tongue.

But, Mr Phillips was employed by his wife on, or before, 7 June 2015 as her “full-time” Constituency Support Manager 9 and had been in post for some seven months when she made her statements to Parliament (notably omitting to mention his employment by her). Also, the public have been informed by Ms Phillips, on her own regularly updated website, that her husband is a “lift engineer” 4, yet again curiously omitting to mention her husband's role as her Constituency Support Manager.

No doubt many of the taxpayers of Birmingham Yardley would wonder just how Mr Phillips could possibly devote himself “almost exclusively” to the “full-time” carer role for their two young children and at the same time fulfill the “full-time” and demanding managerial duties of a Constituency Support Manager in his wife’s office - let alone still find time to continue his work
as a lift engineer.

On the face of it this does not add up. What it does add to, and to a significant degree, is the natural suspicion of abuse (CSPL report 2009) 10 that already exists here.

Questions Arising: Is Mr Phillips committing the hours his full time managerial position demands? How does he fulfil a full time position when, according to Ms Phillips herself, he is “almost exclusively” the “full time carer” of their young children?

“It’s about setting up the office, making sure the IT works and I need someone with the skills to do that.”

These tasks are not included in the IPSA prescribed duties for a Constituency Support Manager role and, in any case, would not warrant the full-time continuous employment we as taxpayers are funding.

The Constituency Support Manager role is, for good reason, carefully defined by IPSA 6 - with a set of 12 prescribed duties associated with it. After all, MPs should not simply be able to make up a job to suit their spouse’s specific, and perhaps non-applicable, skill set (for example it is hard to imagine that many constituency offices need the specific skills of a lift engineer).

Less than one month before her statement to the Birmingham Mail, Ms Phillips MP would have selected specific duties from that prescribed list - in order to create the mandatory job description for the role her husband fills. How was it that the specific nature of that role was not fresh and clear in Jess Phillips’s mind when she was pressed on the matter so shortly after personally employing him? Why was it she struggled to identify a standard/prescribed duty he performs?

There are reasonable grounds for doubt here as to whether or not Mr Phillips is fulfilling the prescribed duties of a Constituency Support Manager - doubts that go beyond his apparent lack of relevant qualification, training or experience.

This further adds to the natural suspicion of abuse (CSPL report 2009) 10 that already exists.